KLabGames was thrilled to participate in AnimeJapan 2018, held March 22-25 in Tokyo. Stage event after dazzling stage event entertained the attendees and KLabGames fans that packed the audience area from start to finish.

We’ve got tons of great photos to show you everything that happened at the booth, so let’s begin the showcase. 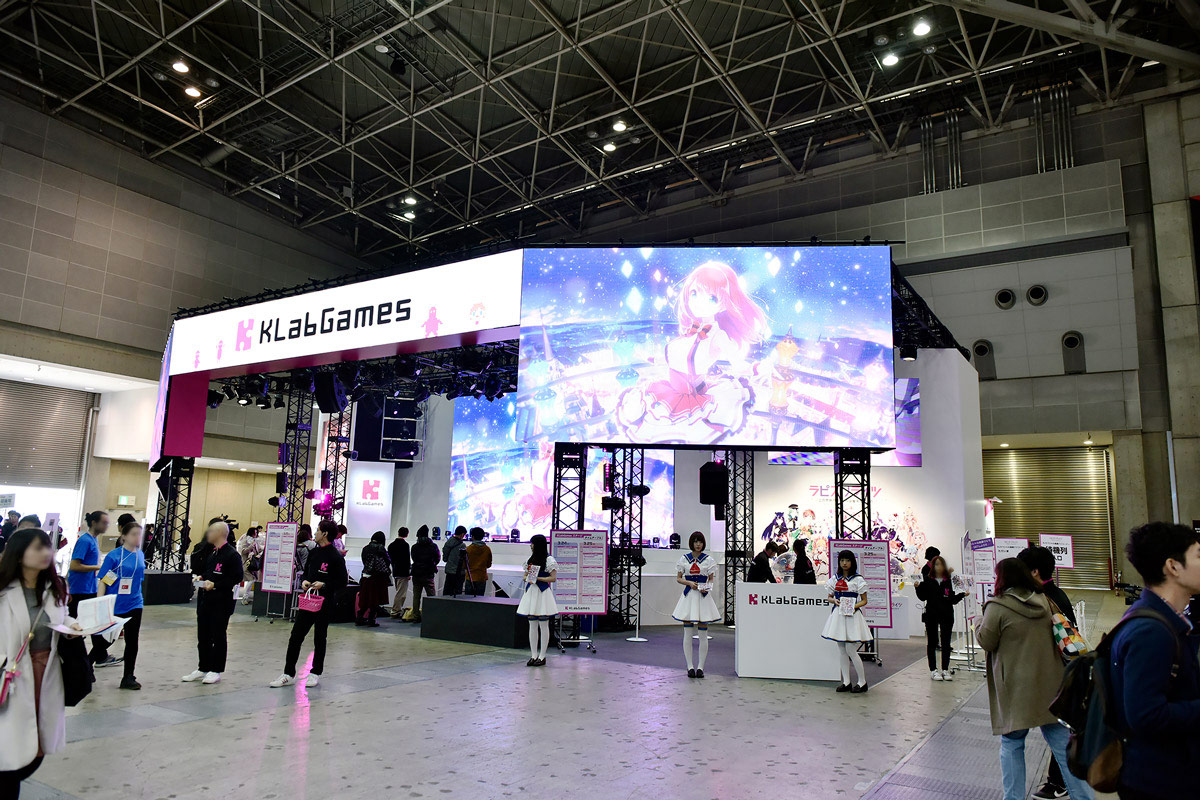 The stage event for the cross-media project between KLab and KADOKAWA, first announced at TOKYO GAME SHOW 2017 in September of last year as Project PARALLEL, saw the reveal of the real title of the project. Lapis Re:LiGHTs ~Kono Sekai no Idol wa Mahou ga Tsukaeru~ will be released not only as a mobile game, but also in comic and novelization form as well. Producer Ryosuke Kitamaki of KLab took to the stage to introduce the characters and cast of voice actors for the first time. 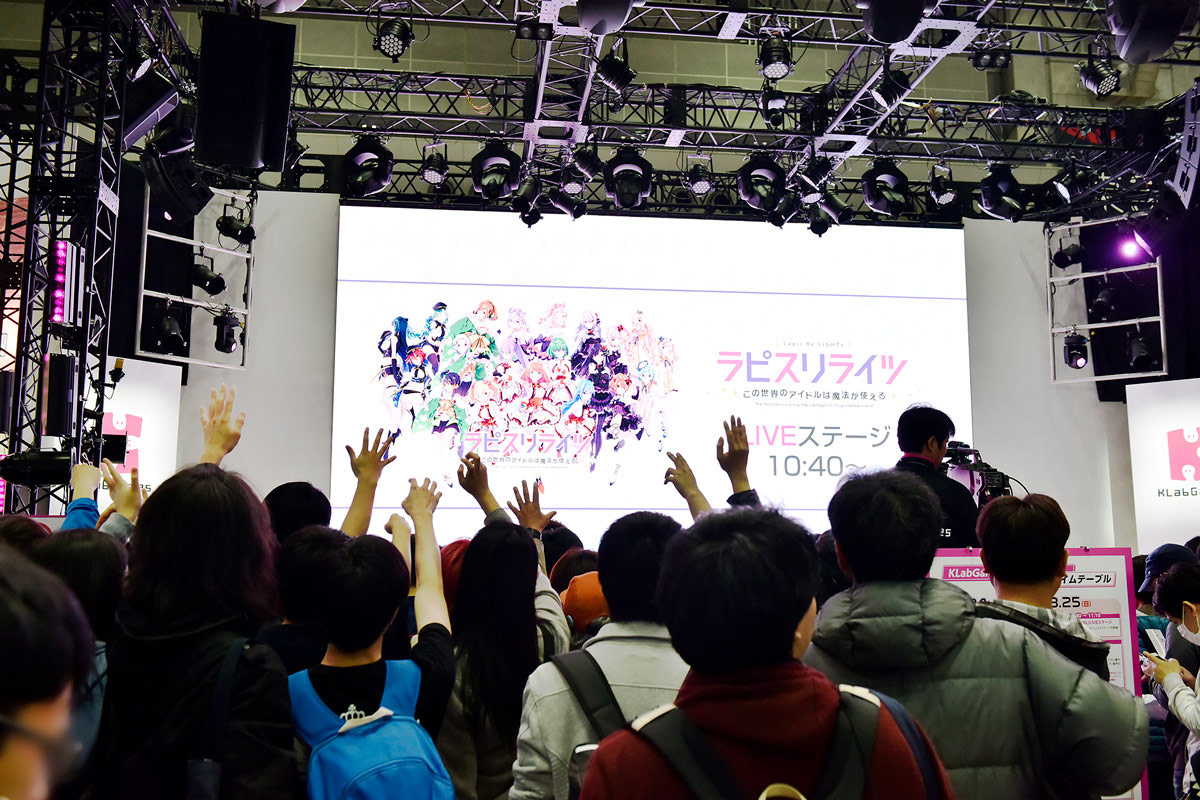 After a live performance from each of the main units with the voice actresses dressed and singing as their characters, a surprise announcement that an anime project is currently underway stunned the audience. 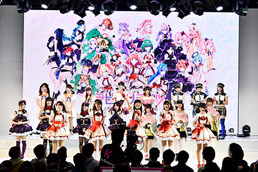 All of the information revealed at this stage event is available to view in the KLabGames press release.

This legendary stage event started with an exclusive sneak peek at the gameplay for this eagerly anticipated game. Special merchandise for sale and giveaway items were also introduced.

After that, veteran voice actors Nozomu Sasaki (voice of Yusuke Urameshi), Shigeru Chiba (voice of Kazuma Kuwabara), Megumi Ogata (voice of Kurama), and Nobuyuki Hiyama (voice of Hiei) delighted the audience with a fun and entertaining talk discussion of their characters, their experiences, and their thoughts on the project and the series. 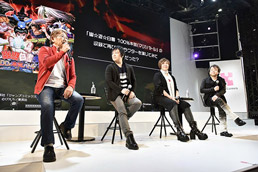 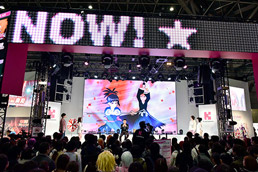 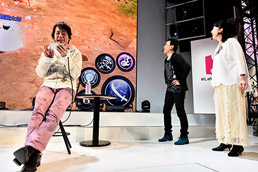 After the Co-Op Quests were over, the voice actors took turns using a toy crossbow to shoot tiny darts at a number on a moving wheel. The numbers corresponded to various in-game items that would then be sent out to all players. Of course, everyone aimed for 7, which was Spirit Orbs! 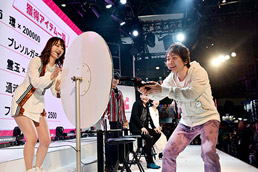 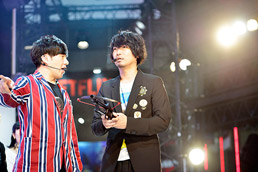 After the mini games, it was time to introduce the Bleach: Brave Souls merchandise on sale in the booth, the giveaway items, and make a series of exclusive announcements. The most highly anticipated announcement was the reveal of which characters will be in the third round of the Thousand-Year Blood War Summons.

The stage event was also streamed live, and can be viewed below.

In addition to the exciting stage events of Saturday, several giveaway points stationed around the booth allowed visitors the chance to reach into a huge air lottery machine and pull out a prize. There were air lottery machines for YU☆YU☆HAKUSHO 100% Maji Battle and Lapis Re:LiGHTS, which guests could try out on both days of the booth. 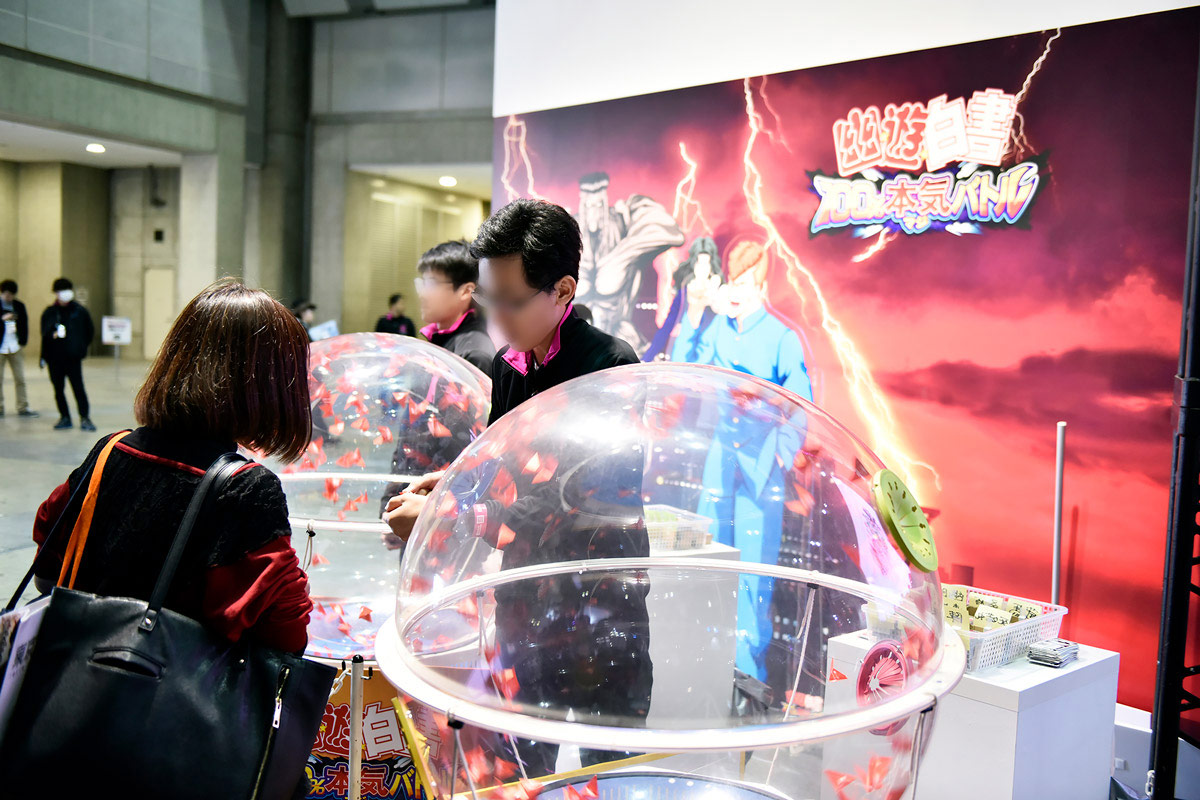 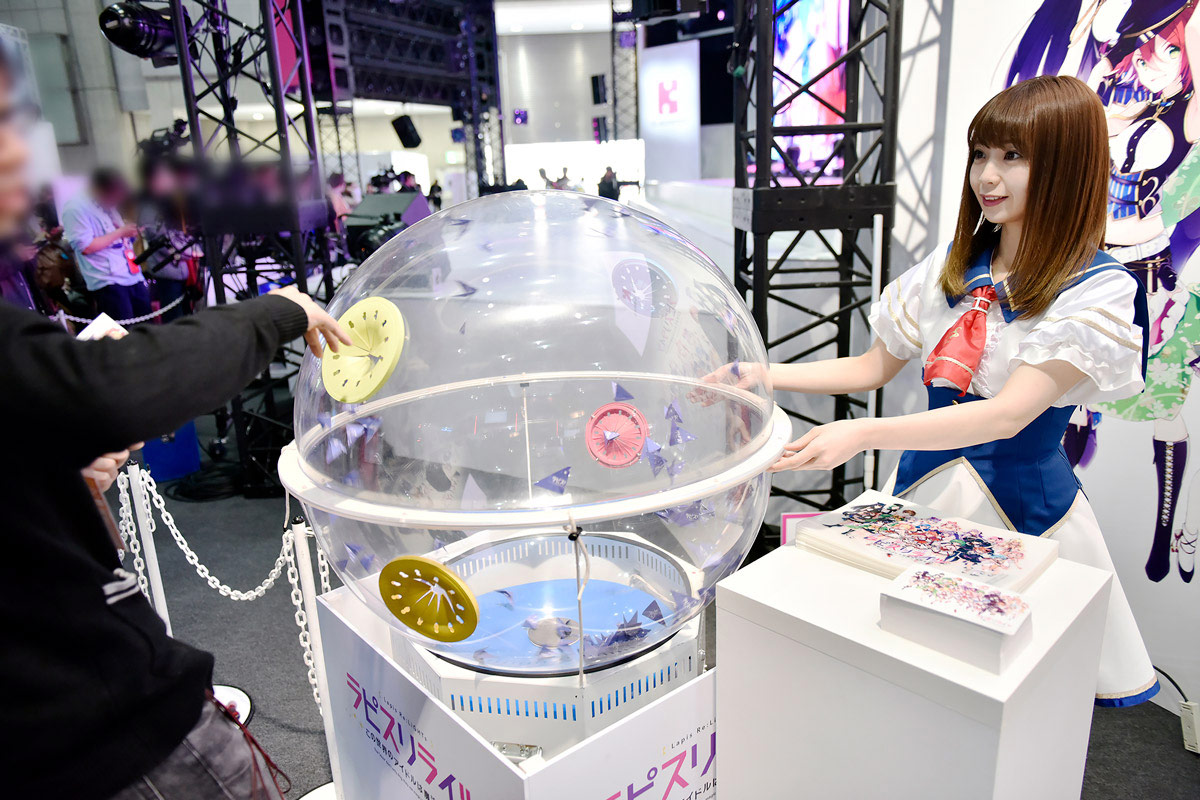 The Lapis Re:LiGHTS area was staffed by professional cosplayers passing out pamphlets and helping visitors use the air lottery machines. 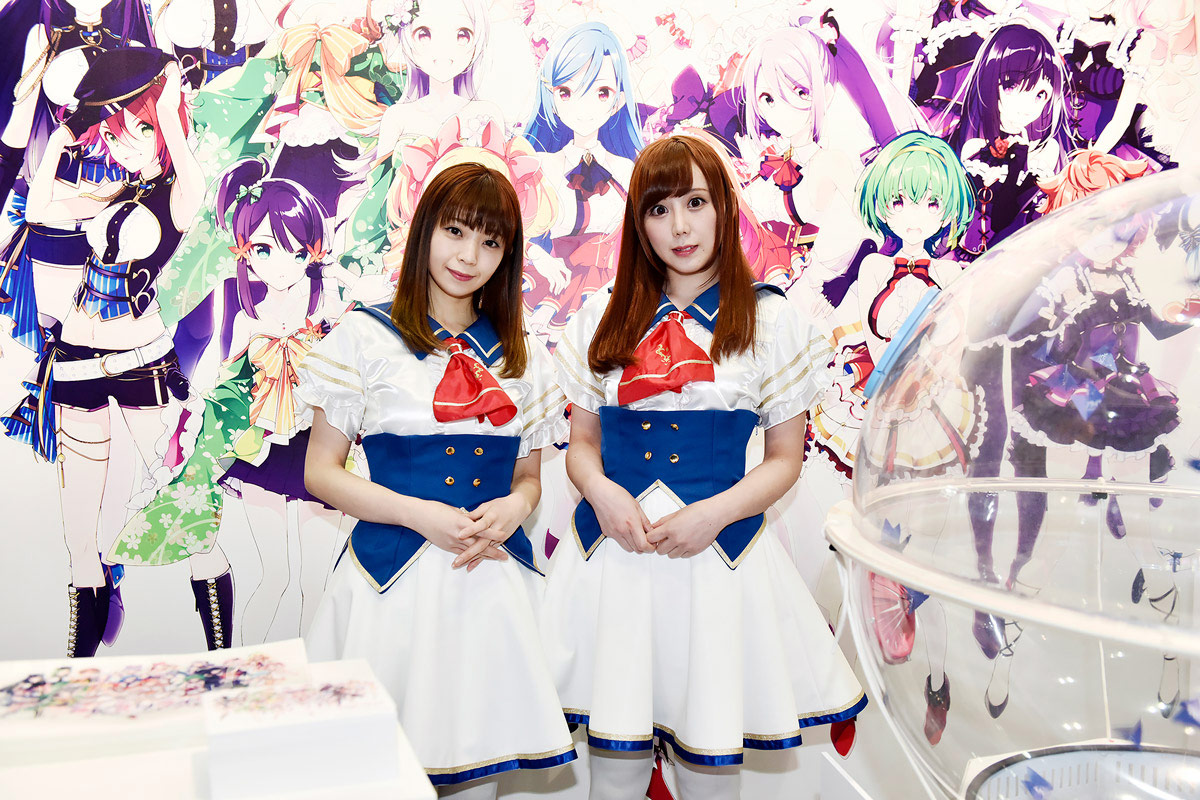 Next to the YU☆YU☆HAKUSHO 100% Maji Battle air lottery machines were life-size stands of popular characters, which fans enjoyed taking photos next to. 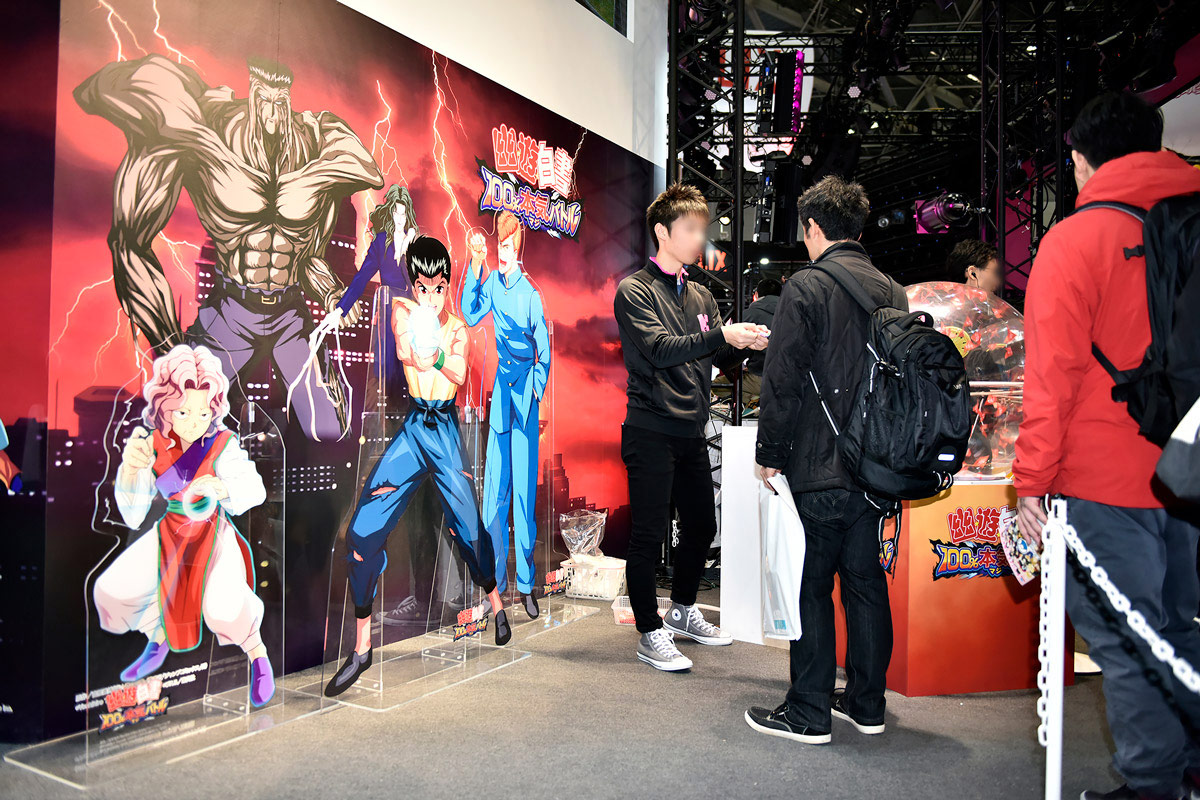 This talk show gave KLabGames fans a detailed glimpse of the gameplay of the upcoming original smartphone game Magatsu Wahrheit. Producer Kazuto Sakajiri and scenario writer Miwa Shoda walked attendees through the finer points of what makes the game so special and what players can do in the expansive in-game world.

Then popular virtual YouTuber Siro joined the festivities by way of a giant screen behind the stage and showed off the Magatsu Wahrheit-inspired outfit she’ll wear on a special collaborative episode to be aired at a later date.

After that, voice actresses Maaya Uchida (voice of Percy) and Aoi Yuki (voice of Sadie) came onstage to share their excitement about the project. Cosplayers Akira Itsuki, Kasyou Rosiel, and LOPE also appeared dressed as the main protagonist, Sadie, and Percy respectively.

Capping off everything was the surprise announcement that an anime is in the works! 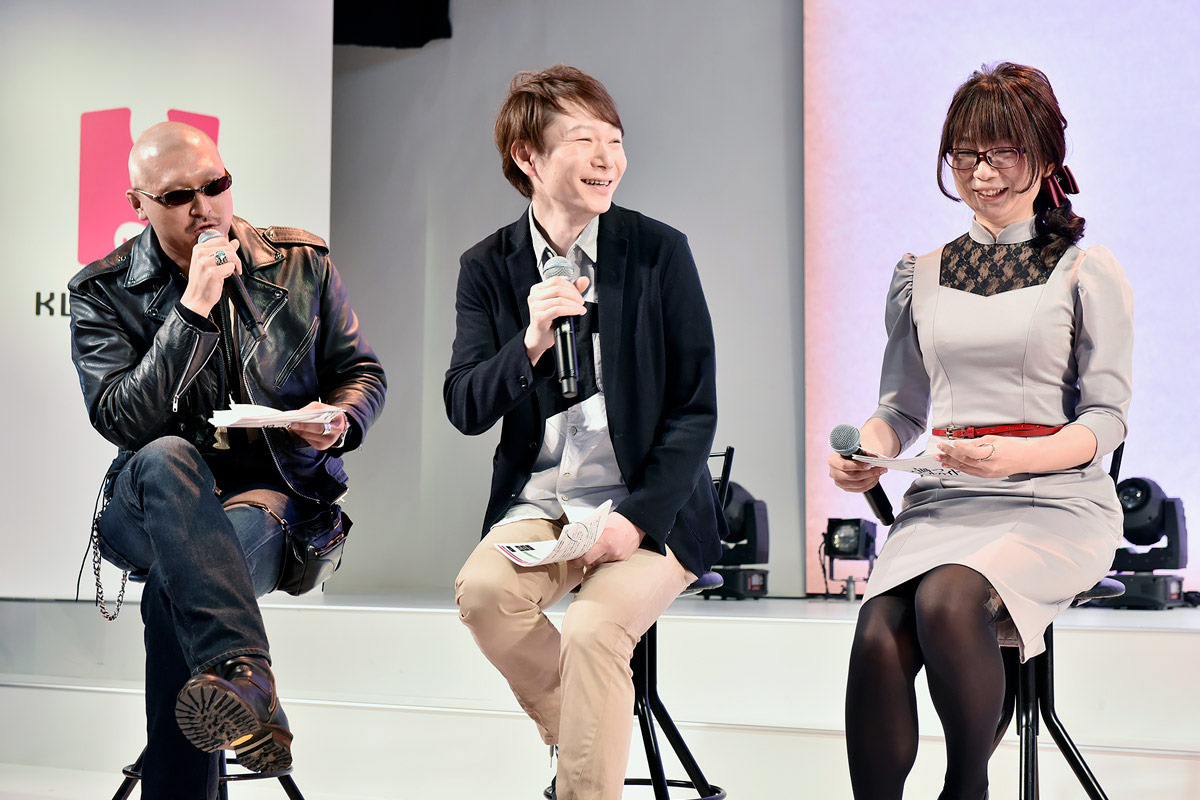 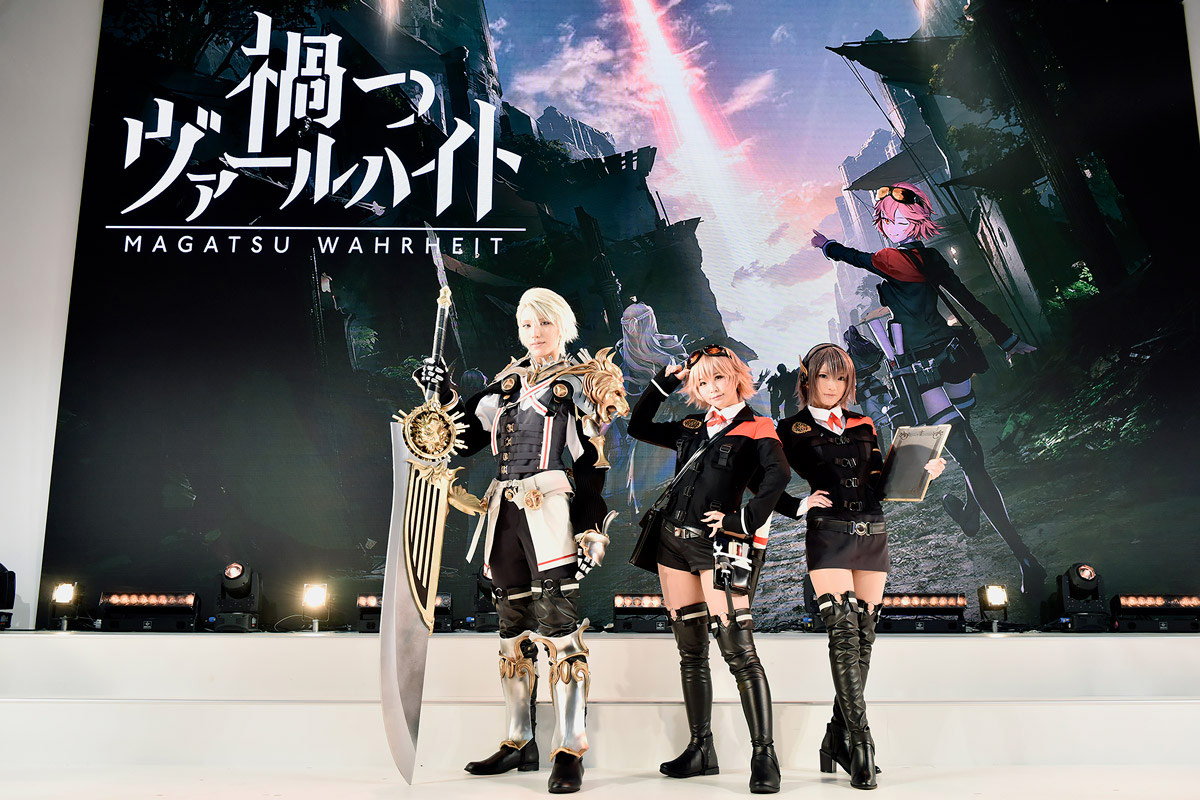 All of the information revealed at this stage event is available to view in the KLabGames press release. 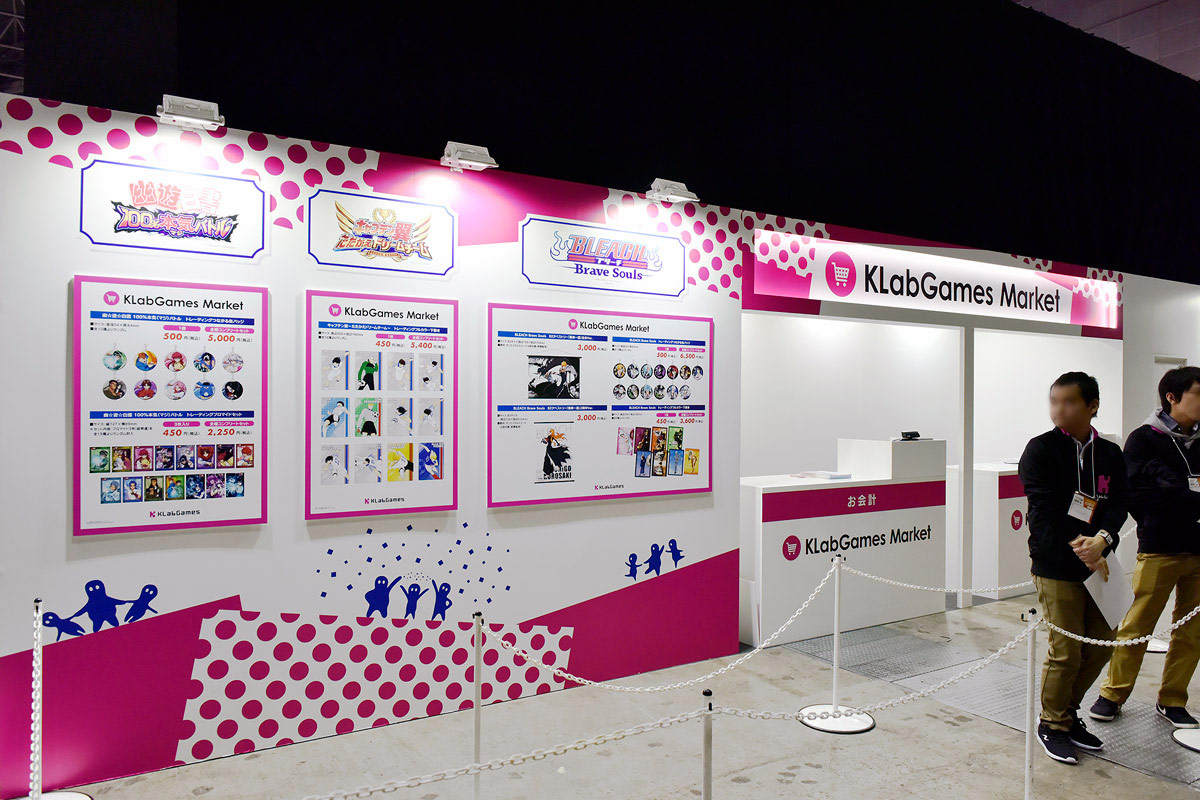 That’s about it for our AnimeJapan 2018 report! Those of you hungry for even more photos can check out the full photo report here. Whether you were able to come by and see us in person or you tuned in to any one of our online live streams, we thank you and appreciate your support!

We hope to see you at an event in the future.